How many sensors are required in a typical installation? Where should they be located?

The number of zones with different occupancy patterns should dictate the number of sensors. In a small office application, for example, it would be ideal to have a sensor in the office space and one in the conference area. Carbon dioxide distribution in a space is influenced by the same factors that influence temperature distribution. These factors include convection, diffusion and mechanical air movement. Much like temperature sensors, placement of CO2 sensors should be based on the zone to be controlled and anticipated loads (e.g. common occupancy density and patterns). For optimum control, there should be a CO2 sensor placed in every location where temperatures controls are used. If an HVAC system is serving a series of zones with similar occupancy patterns, sensors placed in the return air ducting may be appropriate.

Should we use duct or wall-mounted series?

This will depend on how critical response time and measurement accuracy is to the application. Wall mounted sensors may have slightly higher installation cost (due to longer wire runs) but will provide readings closest to actual zone conditions. A duct-mounted sensor may be averaging concentrations from several zones and have a slower response time to occupancy changes.

Can we data-log the CO2 level?

Telaire’s 8000 series CO2 sensor has dual outputs (a 0-10 Volt and 4-20 mA). The 0-10 Volts is wired to the economizer controller and the 4-20 mA current loop could be used for data-logging through a DDC system or other data-logger.

Is CO2 control accepted by ASHRAE-62?

CO2 control is officially accepted by ASHRAE.  An interpretation (IC 62-1989-27) has passed which clarifies its use to modulate ventilation based on actual versus design occupancy.

How does this impact a building with a 0.3 cfm/sq. ft. requirement (i.e. retail space)?

What is ventilation control?

Ventilation control is a method of ventilation control, which uses carbon dioxide (CO2) as an indication of occupancy. By ventilating “on demand” and following actual occupancy patterns versus fixed ventilation rates you can meet outside air requirements at all times while minimizing energy costs. 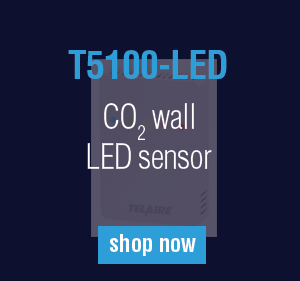 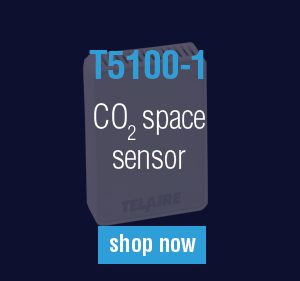